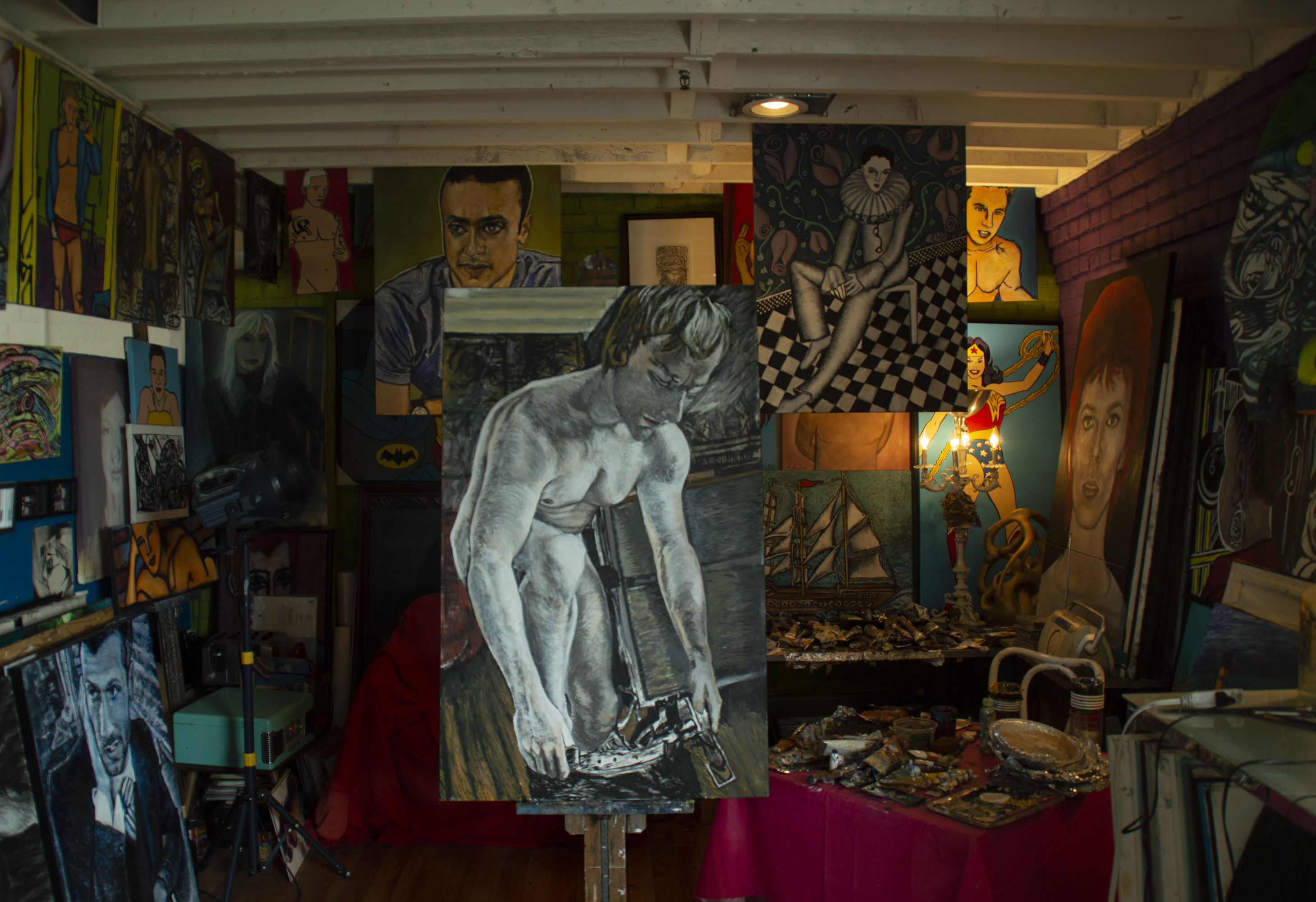 Nickolas Hadzis graduated from the Ontario College of Art and Design in the 1980’s in Fine Arts where he studied painting, drawing and sculpture. Over the years Nickolas has exhibited his work in many group and solo exhibitions from the ’80’s right up until now.

Currently Nickolas has a work studio in the Historic Distillery District 15 Case Goods Lane Studio 303 Toronto Ontario Canada M5A 3C4
Art, music, singing, acting and fashion are his passions. Most of the time Nickolas works on canvas in oil paint. There are three major styles Nickolas has developed artistically, a fineart moody painterly style, a pop style, and an abstract style. In 2013 he did a series of portraits of singers and Superheroes very pop in style. Nickolas has done still life paintings of flowers some landscape and his own unique abstract style which he calls turbulism sort of like cubism updated.

In 2011 Nickolas started doing hand painted clothes, t shirts, jeans, dresses all one of a kind where there’s a story behind each piece. Nickolas has also done some fired clay sculptures. Currently Nickolas is working on a series of male nudes; so far he has done two male nudes. His work has echoes of Picasso, Van Gogh, Warhol, Lucien Freud and Modigliani, but has developed his own unique style. Rita Zekas from the Toronto Star newspaper wrote an article on April 2, 2011 about his hand painted t shirts and Nickolas was also featured on television in the 1990’s on Vision T.V.about his paintings.